Pics of new batch of women for sewing class at Nagaralu, Guntur. 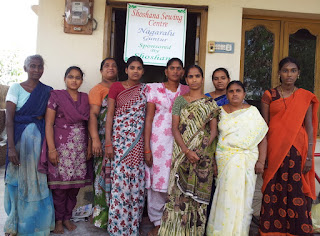 The new batch for the sewing training started from 1st of Feb-13. 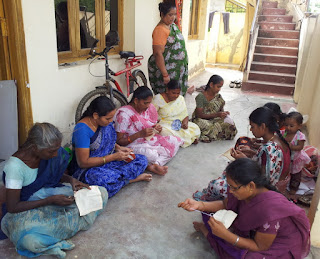 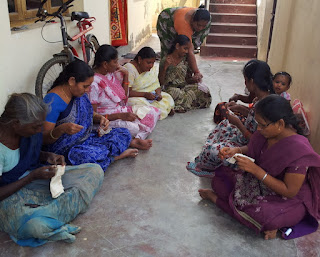 The instructor Mrs.Vasantha showing the basics to the women.

I will bring you  more information about the women in my next post. 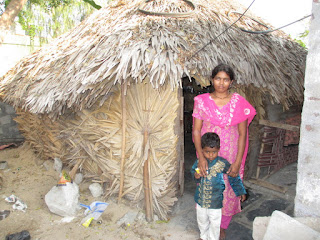 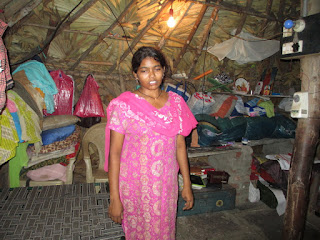 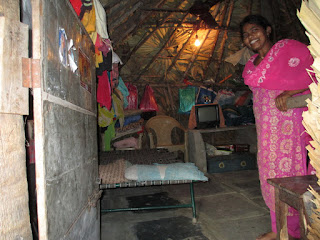 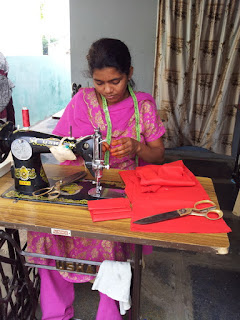 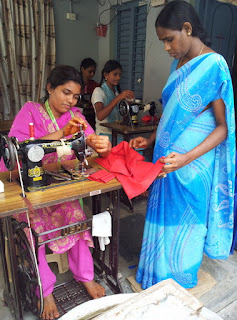 After finishing her class she would like to set up her own tailoring shop besides their small vegetable  shop. In this present situation she can't afford to get a sewing machine on her own so she is requesting if she could get a machine she could be independent and can give her son a better education.
By Bindu Katta - February 13, 2013 No comments:


Pics of my visit to Shoshana sewing Centre, Bapatla.

This time i would like to share the background details of some of the women at our sewing centre, Bapatla and the situations in which they are getting the training course. 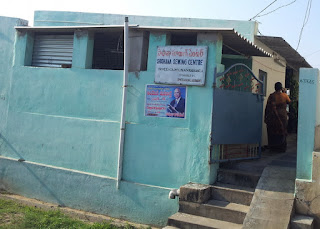 I would like to share the story of a girl named Guravamma who has been taking stitching training in our sewing centre, Bapatla since july-12.

Guravamma is a small girl of 15 yrs of age. She is a school drop out. She  finished primary education in a Government school. She had to give up studies in order to support the family.
Her problems really started when her mother got sick and died of throat cancer two years back.  Her mother was a daily worker. She comitted suicide by cutting her throat , unable to bear the pain from cancer leaving behind four small children and husband. Guravamma's father was also a daily worker but he was addicted to alchohol after his wife died and now he too got sick and unable to work. Guravamma and her elder sister who is 16yrs old are working as domestic helpers for their living. They are living in a very small incomplete house with meagre facilities. Both are running their house with a very little income they earn.
Very sad to see the small girls working very hard for their living where as  other children of their age are in School. 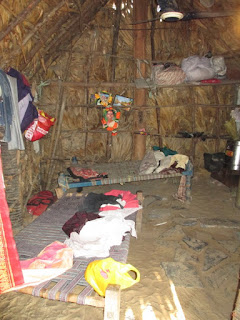 This is all what they have. Her younger brothers who are 13 and 11yrs of age are studying in a Government school.

Guravamma's sister joined her in the sewing class hoping that their financial status who be better after the training class and they could even support their brothers in getting good education.

Besides the training she also need a sewing machine so she could set up her own work place.
She is very thankful for the support she is getting from Germany to continue her class.
By Bindu Katta - February 08, 2013 No comments: 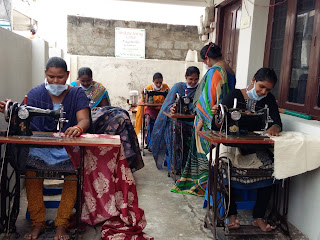