The Managing Director of Shoshana-Germany, Mrs. Martha's visit to India in Oct-15. She is going to stay in Chirala, till the end of Oct-15 and will be visiting  different projects in this one month's time. 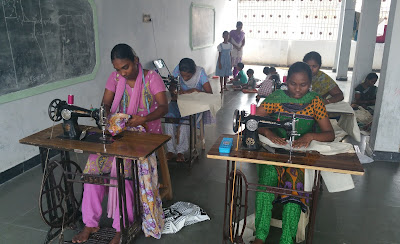 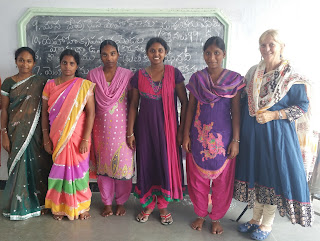 These group of women joined their tailoring course in Aug-15 and all of them are school drops ,some are married , some  of the girls are domestic helpers. They have no basic education so there is no other possibility for them except working as coolies or household helpers. This training would definitely give them an alternate opportunity of earning a better income.

Hemima , the instructor has 14 women as a group for this one year training course. 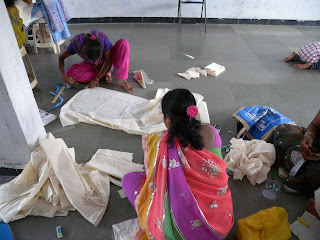 Giripuram is one of the slum areas of Vijayawada. Most of the people here are rod bending workers, coolies and rickshaw pullers. The houses are very closely built and the surroundings are very unhygienic. People
have lots of health problems. On the request of the local society, Shoshana decided to give out necessary medication to the needy people with the help of  a nurse visiting this area once a month . 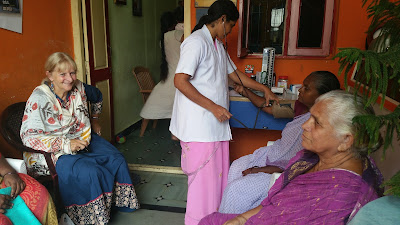 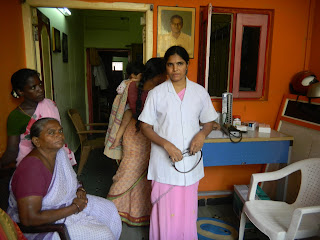 At the sewing centre, we happened to meet the husband of one of the former students. He is 38 yr old and was a daily worker. He had a tumour in his brain and it was removed twice. Half of his skull was removed.  He needs a surgery asap once more to fix his skull, i mean a plate like thing to cover his brain.  So far his wife is taking care of the family and children. Because of his surgery he is not supposed to strain himself physically. Moreover they were not in a position to get better treatment.He came up to shoshana with a request for medical help . 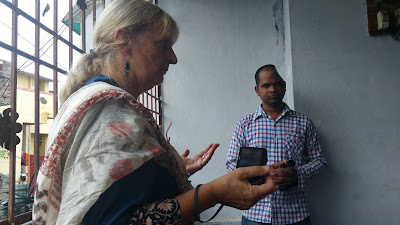 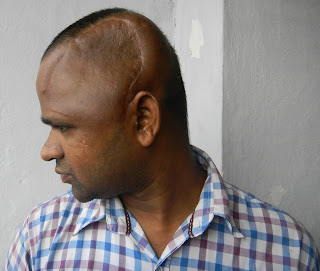