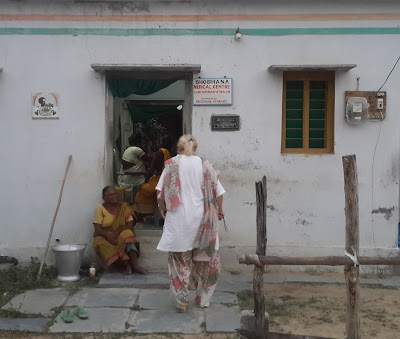 Three different backward communities like Weavers, Muslims and Christians at the same area but seperate colonies.Government sanctioned free land to them on the outskirts of the town.  When Shoshana started giving medical support in this area, people were living in huts, no electricity and roads but slowly the area is developing, Government sanctioned money to build permanent houses and provided other basic facilities but still they have no proper medical support except Shoshana. 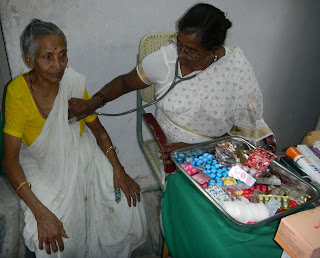 People are mostly weavers, agricultural workers, rickshaw pullers etc. Snake bites are very frequent in this area. Weavers, they work with dyes, chemicals and in dust they work while weaving so they have more breathing problems. 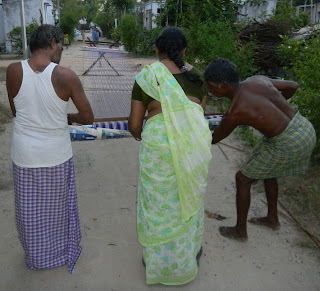 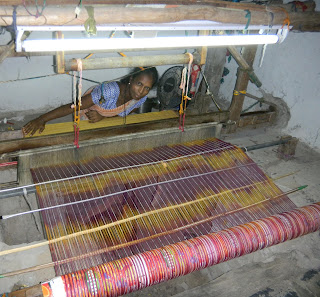 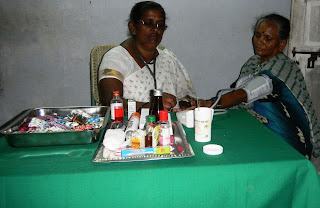 The nurse Mrs. Varadhamma is from this area. She is familiar with  most of the people here. She is also a very needy woman, married but left by her husband. She is living all by herself. She is happy that she has the chance of helping herself as well as helping other people who are in need. 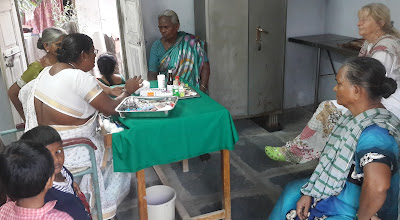 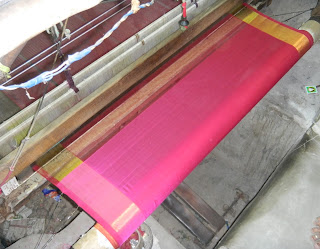