Visited one of the former students, Devi along with Martha.

Devi is the  student from Shoshana sewing centre, Guntur. She was the first batch student from this centre. Started her tailoring and embroidery training in 2008 and finished her one year training in 2009.
Devi  is a married woman but she lost her husband at a very young age. Her husband was also a coolie.She is presently living with her mother  in a small house along with her daughter who is in school. 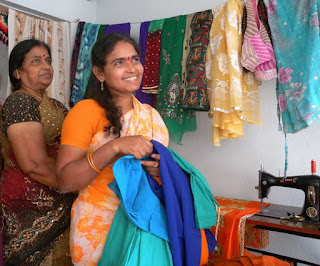 She is a very hard working woman. She was  a daily worker before getting the training. 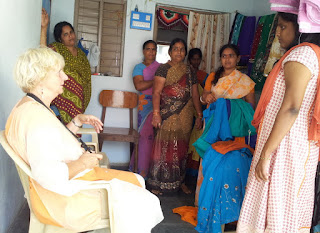 Now she set up her own business as a tailor, running a small cloth store with ready made stuff. As a single parent she is working really hard to build up her business and in taking care of her daughter. 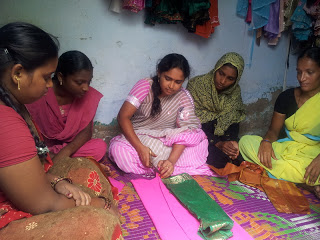 She started free sewing training  for woman in her area and at the same time keeping them as apprentice. 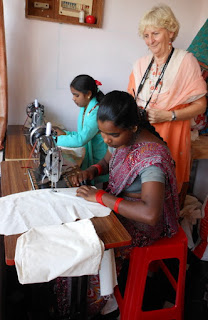 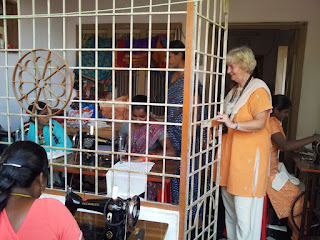 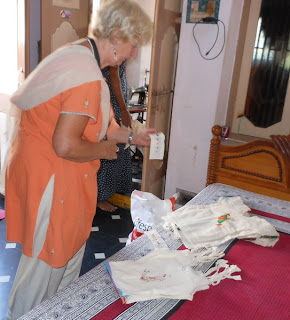 The instructor Anitha is also planning to teach them candle making in future which is also a good small scale business for the women.