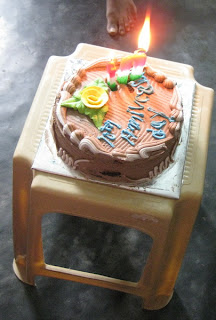 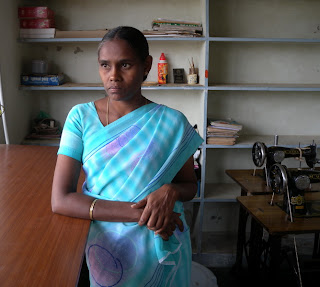 Manjula the instructor at Shoshana Sewing Centre, Bapatla completed her 10 years of working with Shoshana. She belongs to Grace welfare society which started off with a sewing centre first at Ravinuthala, Khammam district.

Later in 2006 she moved to Gollapudi, Vijayawada-Krishna district.

Presently she is training the women at Bapatla in stitching for their self help. She moved here in 2010. 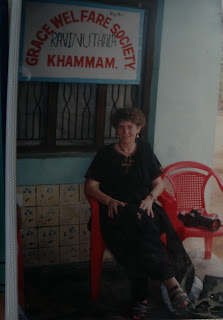 Picture of Martha at Shoshana sewing Centre, Ravinuthala in Feb-2002

We had a small gathering with some of the students from the sewing centre and with the friends of Manjula's younger son. We had cake cutting and very good lunch afterwards. 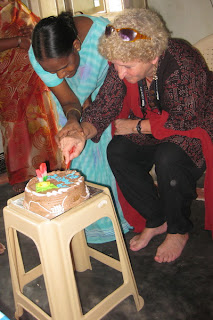 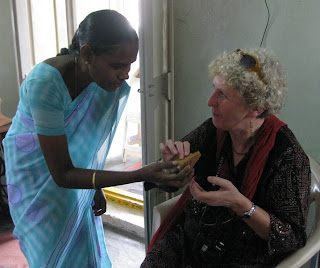 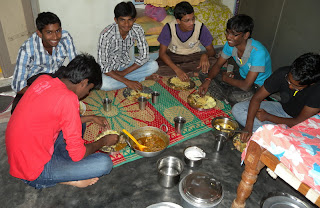