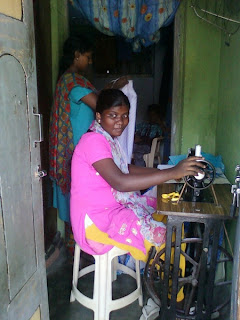 She is  a Christian girl, single, aged 17 yrs. Both her parents died of HIV 5yrs back. She is a drop out. She had to stop her studies since her parents were bed ridden she had to take care of them. She has two elder brothers who are also drop outs.
All her relatives tried to avoid them and treated them as untouchables. Both her brothers were working as child labourers to help the family. She was working as a servant maid and sometimes she was begging on the roads for food.  They have no house of their own and were literally on the roads. Good thing is that, all three of them are staying together. 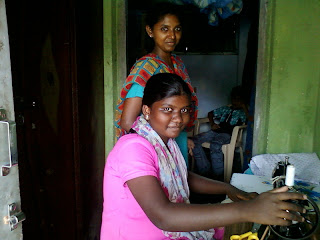 Two years back Hemima saw her and she tried to teach her stitching. It was very difficult in the beginning since she was very slow in learning  and very irregular since she had to work for her living besides learning. Hemima took special care of her besides teaching like now and then helping her with food and clothes,giving her enough time to learn ,she turned good in stitching and now she started her own shop. 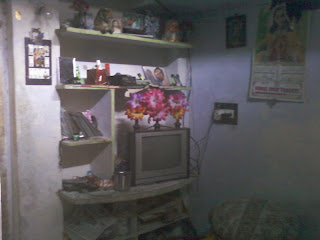 She is earning a good income now, rented a small house and could arrange a few basic things for her house. She is using the front verandah as a kitchen and also for her shop and one more small room for sleeping.Her brothers also are staying with her and they are working as daily workers. They are quite happy now. She is very happy now that she could help herself and have a decent living instead of begging on the roads. 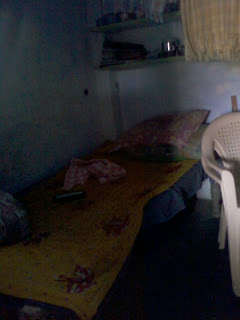