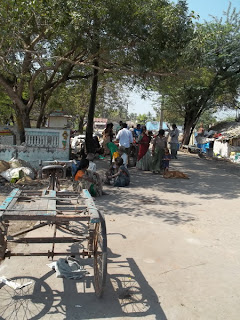 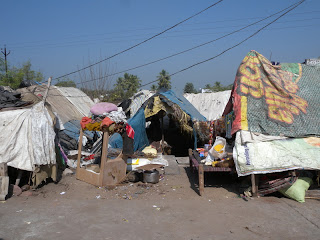 Visit to Shoshana medical centre- Railway area on Wednesday. One of the most needy places in Chirala who need desperate medical help. Most of the habitats in this area are migrated people from Tamilnadu in search of work. They are living in the outskirts of chirala illegally occupying the railway and municipal place for several years. 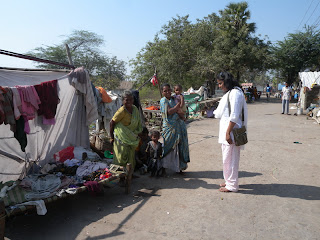 No proper place for living , in the middle of  cementary and mostly on roads in small huts. No electricity or water facility for them.People go for collecting dead animals on the railway tracks, meat for eating and selling dried bones.Some are rickshaw pullers and rag pickers. People here are far behind from the society ,un hygienic,backward  and wild.  Most men and women are drug addicts, thieves and all kinds of illegal activities. 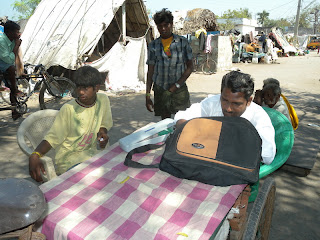 Government started allotting housing plots for them and half of them still left behind waiting for the houses.  In rainy season the situation is even more worse, people living in half drowned houses.Shoshana started regular medical help in this area for the last three months. The nurse from Prasadha Nagaram Mr. Jaya raju is also working here in this area. There is no permanent place for the centre yet but Jayaraju is managing to give out the medicines on his bicycle just like a mobile dispensary.

The local society people applied for the Government to allot a place for them to build a medical centre so the people in this area gets regular medical help which is very necessary for these people living in such unhygienic area and no awareness of healthy life.
By Bindu Katta - February 10, 2011