Sharing a few pictures from the present group of women at the Sewing project - Angalakuduru village who are about to finish their sewing class in a couple of months. The project was temporarily closed for a few months last year due to the corona effect. The entire area was under red zone.  Majority of the students and the instructor was effected. Because of the after effects of corona virus, the instructor couldn't maintain the centre for a while.  Now it is revived again and going on smoothly. 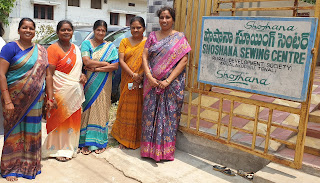 The present group of women, all of them come from agricultural backgrounds. Most of them are housewives and part time agricultural workers. Sewing class would give them an alternate income source. They could work from home ,provided with a machine. Stitching a blouse would get them around 250 to 300 rupees per piece. If they could at least manage to stitch 2 pieces per day that would be a good start up for them to support their families. 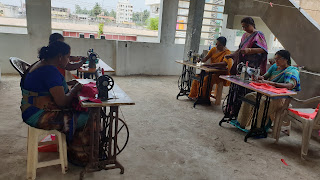 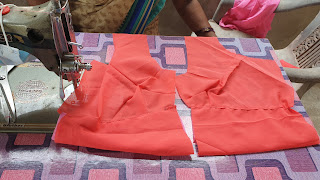 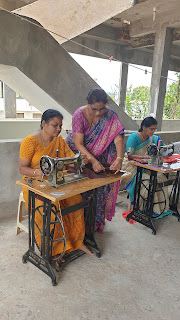 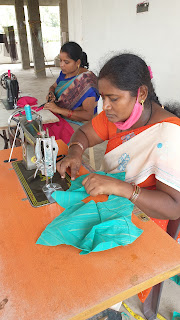 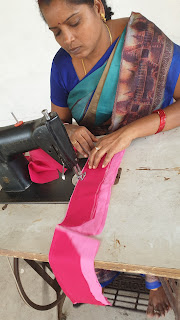 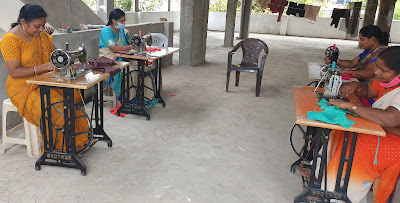