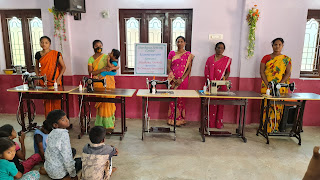 The very first group at Gannavaram Sewing project who finished their tailoring course.The group has five women who belong to a tribal community called Chenchulu. Different tribal groups of about 500 families are living in this area as a community.  Main occupation of these groups is rag picking, begging, selling plastic scrap, fishing etc. Child marriages, women abuse is very common here and children never enrolled in schools.

Local church people in this area came forward to offer their church premises for running the sewing centre and took initiative in meeting Cds-Shoshana and putting forward their request of helping the needy women in their area so that they could have a decent and  alternative income source instead of rag picking.

Finally the first group finished their sewing class after a five month training.  As a part of the course they got their certificates. As per the request of the women Shoshana provided sewing machines so that they could start working as asap. 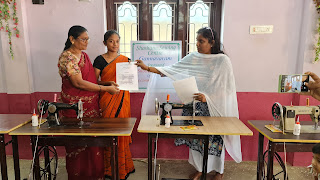 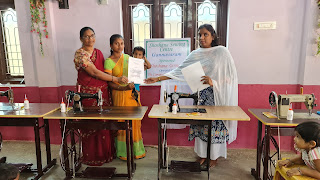 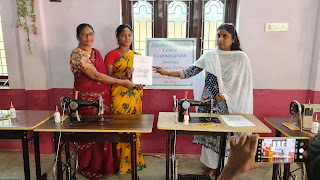 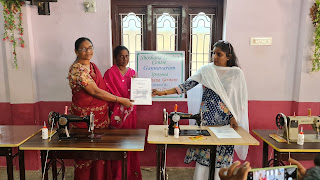 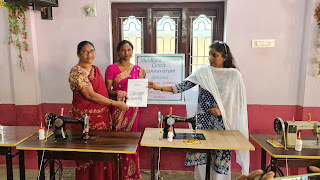 Had a chance of interacting with the women to find out their future plans and encouraged them to work towards a better living. Closed the meeting with a small celebration with some friends , instructor Mrs. Malleswari and the group. 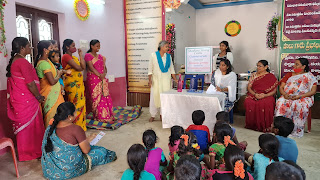 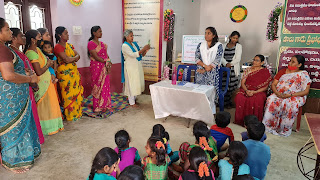 Finally I thank all the donors who are continuously supporting Shoshana for helping these needy women for a better living.