Sewing project  specially started for Tribal women in Sugali colony. Some of the tribal people  migrated from different areas of Andhra Pradesh to Chilakaluripet  for work and formed a colony called Sugali colony with temporary shelters having different occupations like rickshaw pullers,  construction workers, daily workers in the near by Tobacco company, selling small goods on streets etc. Over the years  government provided them with basic facilities for living and their living conditions are far better than before.

Shoshana under the sponsorship of Mrs. Gertraud started a sewing project in the year 2006 with 10 women as a group and the project has been running successfully for more than 15years now helping more than 150 women in teaching sewing and embroidery and providing them with sewing machines and certificates after finishing the course. Majority of the previous students are having their own small tailor shops at home.

The present centre is at Pandaripuram, Chilakaluripet with 5 women for the sewing training. Sharing some of their pictures . 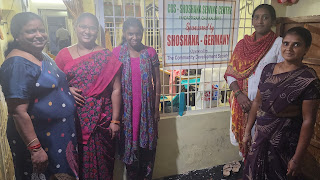 Started recently in the month of July-2022. Finished their basics and into the actual sample making process. 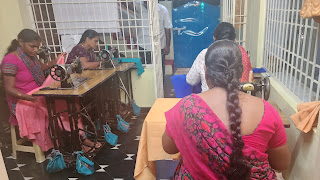 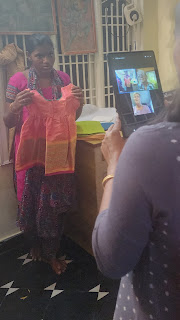 Myself along with the women had an interaction with our M.D Mrs.Martha, and our President Mrs.Getraud via a video call and they were happy to see the women and follow what were doing so far since Mrs.Martha was not able to visit India for a couple of years. 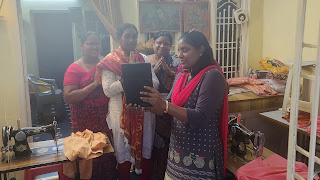 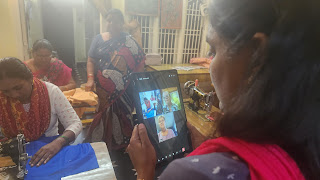