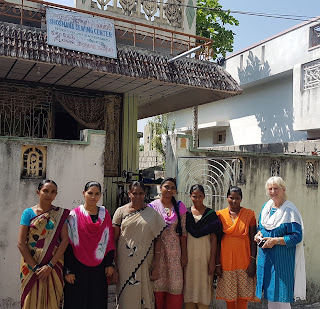 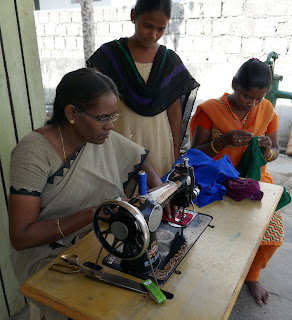 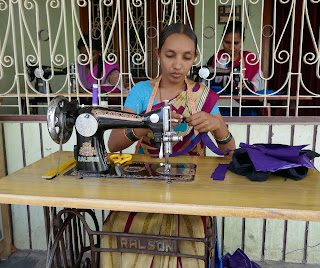 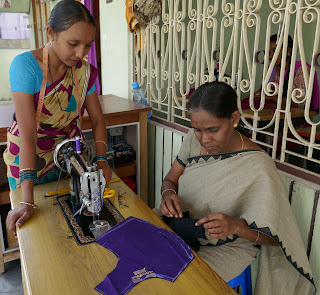 Want to share some news about one of the former students of Shoshana Sewing Centre, Bapatla.

Her name is Jaya. She is a former student of Shoshana sewing centre. We visited her house just to see what she is doing after her course as a part of follow up. She got a sewing machine from Shoshana and she has her own shop at home.

She is married and her husband is a photographer. She has two boys. Elder one is a mentally challenged boy. Younger one is in his tenth standard. She couldn't go out to work as she has to take care of the boy who is bed ridden. She heard about Shoshana and the free sewing class and joined the class.

She is very happy now that she could earn some money on her own at home besides taking care of her son.

She thanked all the donors who helped her in learning a skill and being independent and support her family. 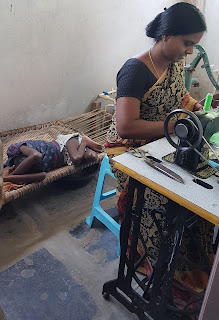 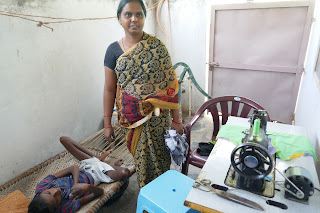 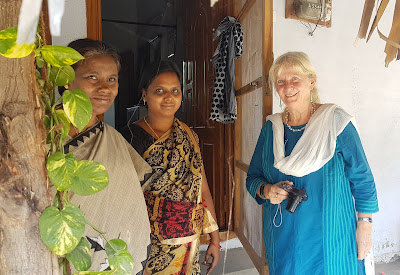 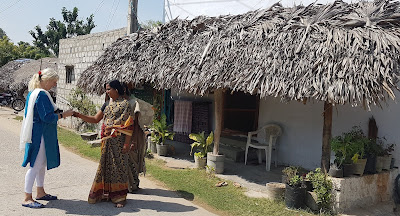